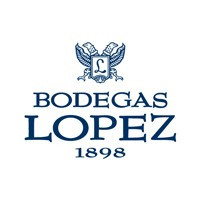 Since its foundation in 1898, Bodegas López represents an exceptional case within the Argentine wine industry. Today it continues in the hands of the founding family, always offering the best quality. Carving a history from work, love of detail and passion for great wines, supports a unique style cultivated for four generations, El Estilo López.

Its founder, José López Rivas, arrived in 1886 from the town of Algarrobo in Malaga, Spain, where he and his family cultivated fields with vineyards and olive trees. He decided to install his vineyards in the country and thus escape a devastating plague, phylloxera, which affected vines in Europe.

In 1898 it took root definitively in Mendoza, and the weight of the family winemaking tradition did not take long to emerge. In March, the production of its own wines from the best areas of the province began, produced to date with its own vines and a principle that has been maintained since then.

It has 1,100 ha of its own vineyards distributed in 12 farms located in the Upper Mendoza River Valley, in the departments of Maipú and Luján de Cuyo, called First Zone, and in the Uco Valley, department of Tupungato.

01018
$2,300.00
Intense purplish red color. With aromas of ripe red fruits and jams. Soft notes of vanilla, chocolate and some smoked notes. In the mouth it is balanced with a very good body. The presence of ripe tannins makes it very unctuous and persistent.

01419
$4,400.00
Deep ruby ​​red. The duo of strains of French origin results in a harmonious and balanced red: Cabernet Sauvignon delivers its full bodied character, and Malbec nuances the cut with soft and sweet tannins, enhancing a unique combination of fruity aromas and flavors.

00972
$1,530.00
Deep ruby ​​red color, aroma of spices and ripe red fruits combined with sweet pepper. In the mouth, ripe and complex tannins appear with a fine acidity that give the wine a great personality. Of medium intensity, with a long finish that fills the mouth and invites you to continue drinking.

02020
$1,750.00
Bright ruby ​​color. On the nose the aromas of summer red fruits dominate with light hints of black pepper. The concentration is pleasant, the red fruits give volume to this wine. It is well structured and the tannins are smooth and harmonious. Long finish with notes of coffee.

02496
$2,300.00
A bright, young, purplish-red red wine with very expressive aromas reminiscent of fresh red fruits and spices. Its palate is frank and fluid, with lively tannins. It is a wine with an intense and pleasant drink, juicy and of good volume, with a notable varietal typicality and a very well integrated herbal note on the finish of the mouth.

00719
$2,390.00
Dull violet, with a pronounced purple hue. Aroma of ripe black fruits, with a floral touch of violets and lavender and subtle hints of vanilla and spices. Voluptuous wine, with intense minerality and complex notes of chocolate and black pepper. In the finish, of pleasant sweetness and smoothness, ripe tannins and a refreshing acidity are perceived 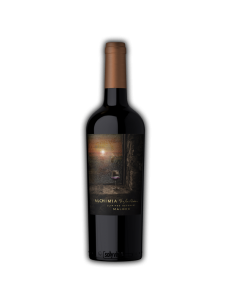 02776
$2,420.00
Complex, full-bodied, elegant, with a very distinctive aroma and palate that refer us to the very essence of this emblematic variety. A wine very rich in emotions, full in every way.

00755
$1,725.00 $2,300.00
Light greenish yellow in color. With vivid silver reflections. Its foam is abundant and persistent. The aromas of flowers and fresh fruits such as grapes predominate. the apricot and some citrus. The bubbles, the sweet taste and its good level of acidity impact the mouth due to their intensity, managing to revive the sensation of freshness that its aromas...

01821
$9,900.00
Angélica Zapata Malbec Alta is a blend from Malbec grapes from different vineyards. The result is a wine of great concentration and elegance. The Angélica vineyard brings aromas of ripe plums, red fruit jam, softness and volume to the palate. La Pirámide delivers aromas of black stone fruits and spicy notes of black pepper and cloves. Nicasia barracks 2,...

01844
$1,600.00
It is a wine with a bright ruby ​​red color on the nose, it presents delicate notes of cherry and cherry and its mouth presents very delicate, soft and velvety tannins.