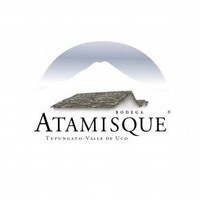 When you enter the Uco Valley by the Los Cerrillos road, Atamisque is the first winery you cross. With vineyards in Tupungato and a curious construction with stone ceilings, this winery has the oenology of Philippe Caraguel who for this top of the range of the winery uses grapes from an 80-year-old vineyard from La Consulta. The production is concentrated in Premium wines, making responsible use of the first quality French oak and obtaining wines of a lot of character, fruity and with a not very high alcohol content. Atamisque, an aboriginal shrub that grows naturally around the winery, gave rise to the name of the farm where the winery is located.

"Uco" was an Indian chief, from the tribe of the Huarpes Millcayak, who inhabited this valley for centuries. It was only around 1491-1493 that the Incas arrived from Peru. In 1608 the Jesuits settled in Mendoza and in 1658 they founded a rural property in the Uco Valley; the San José ranch, which gave rise to the town and the Atamisque ranch created later. This property owned 19,000 hectares; being divided at the end of the XIX century. The ranch had different owners who followed each other, until it was acquired by a Frenchman, John Du Monceau, who fell in love with the place and decided to settle there to live. His wife, Chantal, having had a winemaker grandfather in the Beaujolais region of France, supports the idea of ​​building a winery on the property; This is how "Bodega Atamisque" was born, which is inspired by the original name of the place, with the first harvest taking place in March 2007.

01197
$7,900.00
Deep red color with violet reflections. A complex, elegant wine with aromas of wild black fruit, licorice and floral aromas. Perfectly balanced, with great structure, round, with an elegant finish.

01878
$9,100.00
Intense purplish red wine. Flavors and aromas that are reminiscent of ripe red fruits, dried plums, figs, fruit compote and jams. On the nose they accompany very subtle floral and menthol notes. Its oak aging provides notes of dark chocolate and roasted coffee. Presence of sweet and ripe tannins. A specimen with an elegant personality, intense in flavor...

Salentein
01466
$3,800.00
Its color is deep red with purple reflections, intense. Its aroma is complex, revealing notes of black berries such as cassis and blueberries that are combined with subtle notes of liquorice and tobacco. In the mouth it stands out for its fineness, breadth and intensity, good tannic structure, with a long and persistent finish.