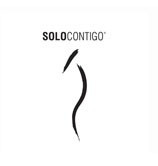 Solo Contigo was thought from the beginning by Terry and Noel Neelands. The story of Solo Contigo begins in 2008, when Terry and Noel set out on their trip to Argentina, immediately falling in love with the lands of the Uco Valley in Mendoza. The following year they decided to acquire a property in Los Chacayes, Tunuyán, where they planted their first own vines, 9,000 kilometers from their home in Toronto. Later in 2014, with the help of the prestigious architecture studio Bórmida y Yanzón, they embarked on the project of their own winery.

The winery has 4.5 hectares of its own vineyards, a production capacity of 120,000 liters in stainless steel tanks, concrete basins and new oak barrels.

“In the past, when wineries were started in colonial times, the winery was a part of the house. Later, in the 19th century, in the Industrial stage, the wineries began to be larger and were architecturally separated from the house. The Neelands wanted the same thing, to have a winery that would feel like part of their private life when they are here ”- ELIANA BÓRMIDA

The winery has 3 lines that have been commercially available since its inception and that present different styles of wines and complexity.

The eye-catching labels were conceived and designed by Estudio Boyd, both conceptually and in design and illustrations, inspired by the personality of the Neelands couple, owners of Solo Contigo.

01697
$3,800.00
Deep red in color. With an elegant style where notes of smoked red peppers and ripe tomatoes stand out on the nose. On the palate it is a fluid wine, with great unctuousness and sweetness, elegant tannins, with a long and persistent finish.

01723
$1,650.00
Vida y Alma Malbec expresses itself with fresh, fruity aromas of plums, violets and cherry jam, combined with mild Asian spices such as cinnamon and ginger, while recalling refined mineral notes from the Altamira terroir. On the palate it shows a round, meaty, fatty volume, sustained by highly refined tannins and a long-lasting complex flavor.

00748
$4,150.00
Deep purplish red color. On the nose it is expressive and fruity. Fresh red fruits such as plums and blueberries, jammed berries, violets and smoky tones are appreciated from the barrel aging. On the palate it is a juicy red wine with crisp fruit flavors. Its attack is dry, fresh and juicy. It flows broad with a gentle texture and good balance. Round and... 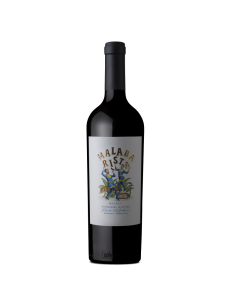 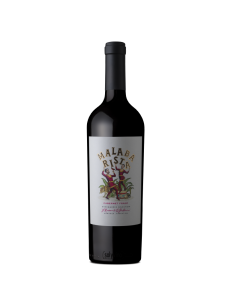 00658
$2,220.00
Red wine of a red color with garnet reflections, of medium intensity. On the nose it presents aromas of fresh red fruit, such as plum; we can also find spicy aromas, such as cinnamon. In the mouth, its attack is dry and refreshing. The fruity notes are once again noticeable in the mouth, it has a good volume and its aftertaste is friendly, fresh and fruity.

02766
$2,300.00
It is characterized by fruity aromas of black and red currant, cherry and blueberry combined with notes of vanilla and spicy notes of cedar, black pepper and tobacco.

01722
$1,295.00 $1,850.00
The Malbec component provides fruity and fresh aromas of red and black cherries, sour cherry, plum and violet jam, also revealing typical mineral notes from the Altamira terroir. With substantial volume and weight in the mouth, it is the fatty heart of the cut.On the other hand, Cabernet Sauvignon naturally balances the generosity of Malbec, providing...

02238
$3,800.00
This Lui Malbec Wine has a deep red color with violet hues. With an elegant and complex style, where notes of plum, raspberry, violets and vanilla stand out on the nose. In the mouth it is very balanced, with good acidity or nerve. Concentrated, with friendly tannins that highlight its personality and with a persistent finish on the palate. Well...

Finca Agostino
00017
$2,170.00 $3,100.00
Deep red with subtle burgundy hues. On the nose, the aromas of black fruits stand out, accompanied by smoky notes, toasted almonds, spices and vanilla. On the palate it is a wine of great character, with a frank entry in the mouth, great structure and a long finish.