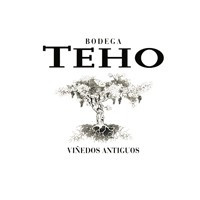 The seven hectares of the Tomal vineyard, located in La Consulta, have vines planted in 1940, from which the three Grand Cru de Teho are made, which are sold together. Teho is a winery that produces high-end wines with an artisan, signature style. With only two labels Zaha and Teho, these true wonders have been gaining a deserved market through word of mouth. It is known that expensive wines are difficult to sell, impose, buy or risk tasting; it often takes the back of a large winery with millions in advertising and promotions to do so, but this is not the case.

In 2009 Alejandro Sejanovich and Jeff Mausbach began to produce their first two wines inspired by the desire to reflect the characteristics of the Toko and Tomal vineyards in Paraje Altamira and La Consulta.

The Toko vineyard - which translates as "Stone" in the Huarpe language - is located at 1200 meters above sea level. in Paraje Altamira. Zaha is born from this vineyard, which means "heart" in this language of the native peoples of Mendoza and represents what we seek to reflect: the heart and soul of that privileged terroir of Paraje Altamira. This area has a highly diverse soil profile and the alluvial activity that led to it has left a system of multiple patches of different soil profiles throughout the area. It is an area of ​​7.5 hectares of vineyard that has three different types of soil. To the North clayey soils; to the South, coarse-grained sand and then there are cuttings of calcareous stony soil, which are distributed throughout the farm.

The Tomal vineyard - a word that in the language of the native inhabitants of Mendoza means "old" - is located in La Consulta, being the birthplace of Teho Malbec, the founding stone of Jeff Mausbach and Alejandro Sejanovich's dream. It is a farm planted in 1940, a populated vineyard of old Malbec (French grape) plants that had survived abandonment. "Teho" means "blood of the earth" in Huarpe, the language of the native inhabitants of the current province of Mendoza. Teho then expresses how these old vines have developed such deep and extensive root systems that they can literally draw blood from the earth, creating these unique and singular wines.

02356
$4,500.00
Intense ruby ​​red red wine with purple reflections, aromas of ripe red fruits and well marked spicy notes, such as black pepper. In the mouth it is distinguished by its wide attack and its remarkable structure, good acidity and firm tannins. Its finish is of great persistence and in the aftertaste the spicy notes stand out again, accompanied by a...

00646
$10,270.00
Intense and deep violet color, aromas of berries, notes of graphite, black cherry, mocha and spices. It is probably the best and most structured version of the winery's icon Malbec so far, keeping intact its elegance, finesse and multiple expressions.

00420
$3,200.00
Almost black in color, with purple hues, very intense. Its mouth is the step that naturally follows, it is frank, very fleshy, with a disconcerting smoothness, because its tannins are still very young and firm and prepare it for a long and surely successful aging.

03383
$7,260.00
At sight it is presented with a deep color, of great intensity and vivid and elegant violet red tones. As a great exponent of Cabernet Sauvignon from San Rafael, on the nose it presents with spicy notes, where black and red pepper, red pepper and hints of black fruit stand out, with a mineral character typical of Finca Asti, perfectly assembled with the...

00395
$2,860.00
A bright red wine with a deep ruby ​​red color. Intense and complex nose, where the aromas of ripe red fruits and species such as black pepper and paprika stand out, characteristic of this varietal grown in height, intertwined with notes of tobacco, chocolate and cedar delivered by its rest in oak. . On the palate it is expressive and powerful, with a...

02834
$4,100.00
Of a brilliant ruby ​​red color with violet flashes and good concentration. Notes of red and minty fruits that together with cassis, cappuccino and chocolate, add great complexity to this Cabernet. It has great volume on the palate, meaty, ripe and round tannins, good balance and a long finish.

03427
$20,780.00
zorzal Piantao is bright red with purple hues. Very complex and mineral, with a great presence of herbaceous notes and black pepper. Large volume, with a lot of nerve and acidity, with a long and sweet finish.