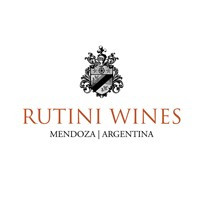 In line with its founder's desire for improvement and excellence, in 2008 the Rutini Wines plant in Tupungato began to be built. The leas Felipe Rutini, Antología, Apartado, Rutini Collection, Encuentro and Trumpeter are currently being produced there. They are unique and unrepeatable items of exceptional wines.

"Work and perseverance" was the motto that guided Felipe Rutini from the beginning and that marked the future of his wines by fire until they became synonymous with the highest quality. Following its innovative spirit, around 1925 the winery began to plant vineyards in the Uco Valley. From these pioneering plantations, the region has been consolidating itself as one of the main wine-growing centers of Mendoza. During the 90s, the original facilities of La Rural in Coquimbito were completely renovated, incorporating state-of-the-art technology to the structure that had been in operation since the 19th century. Today the Wine Museum is located on the same premises, where visitors can learn about the first steps of Don Felipe Rutini in the production of wines and see the evolution of traditional working techniques and mechanisms. In line with the desire for improvement and excellence of its founder, in 2008 the Rutini Wines plant in Tupungato began to be built. The lines Felipe Rutini, Antología, Apartado, Rutini Collection, Encuentro and Trumpeter are currently being produced there. These farms cover more than 400 hectares at an altitude between 1,050 and 1,200 meters above sea level. To this surface are added another 120 hectares of fields in the process of implantation of vines, which will expand the possibilities of producing unique wines, cared for and enhanced from its origin.

01421
$4,540.00
Intense ruby ​​red. On the nose, it is fruity, with notes of black fruit and spicy touches reminiscent of vanilla, red pepper and peppers, while fruity accents are reaffirmed in the mouth. The tannins, present, enveloping and silky denote its personality and subtlety. Its finish is pleasant, long and persistent.

01430
$5,550.00
Violet red, with bluish hues. On the nose, a great aromatic complexity stands out: notes of plums mixed with spices that are reminiscent of vanilla, anise, and black pepper. and a floral background reminiscent of the violet flower. In the mouth, the fruity accents are reaffirmed, its enveloping and silky tannins, well present but friendly, highlight its...

01420
$4,540.00
Intense garnet with purple hues, bright. Its fruity character (raspberry, strawberry, blackberry) is striking, combined with fresh mentholated, spicy and smoked accents, which come from its careful barrel aging. Firm on the palate, it is round, fleshy, fluid and soft tannins persist, leaving a pleasant finish.

00372
$5,150.00
DV Catena Malbec is a blend from Malbec grapes from two different vineyards. The Angelica vineyard brings aromas of ripe plum and blackberry jams, softness and volume to the palate. La Pirámide delivers aromas of black stone fruits and notes of spices such as black pepper and cloves. They combine in an exceptional way to give rise to this wine, intense...

03092
$7,600.00
Very intense red, with a bluish tinge. Give a nose with floral accents of violet, combined with other -fruits- of cherry and cherry. Also, notes of mint and spices emerge. In the mouth, you can appreciate the juiciness of the Malbec grape (the majority in the cut), as well as the richness of its aromas. Round, of great length, its persistent and silky...

01432
$5,450.00
Medium intensity purple, with red hues. Subtle aromas of fresh red fruits (cherry, strawberry, blueberry) combined with more complex aromas that evoke the forest, smoked, leather and tobacco. On the palate, it leaves a velvety sensation, in which the memory of dried fruits (hazelnut) lingers.

01331
$1,600.00
Very light and bright pink color. It has aromas of raspberry, strawberries and cherries. In the mouth, it is fresh with balanced acidity and an intense finish where red fruits predominate.

01419
$3,130.00
Deep ruby ​​red. The duo of strains of French origin results in a harmonious and balanced red: Cabernet Sauvignon delivers its full bodied character, and Malbec nuances the cut with soft and sweet tannins, enhancing a unique combination of fruity aromas and flavors.

00418
$8,100.00
Diaphanous pink currant, with coppery hues. The wine offers pleasant floral notes (jasmine), dried fruit (almond, walnut), coconut and vanilla, in a discreet oak frame. The first sip reveals a dry and distinguished attack. Surprises in the mouth for its liveliness. But it is after several minutes, when the consistency of this unique rosé appears. The...

01821
$8,300.00
Angélica Zapata Malbec Alta is a blend from Malbec grapes from different vineyards. The result is a wine of great concentration and elegance. The Angélica vineyard brings aromas of ripe plums, red fruit jam, softness and volume to the palate. La Pirámide delivers aromas of black stone fruits and spicy notes of black pepper and cloves. Nicasia barracks 2,...