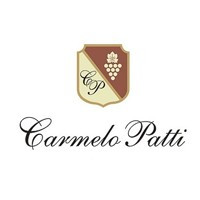 Carmelo Patti is a pure winemaker, who produces wine in an old winery and in his own garage. Whoever visits the winery is personally accompanied by Carmelo on a friendly walk around his property, where he enthusiastically explains the different processes and telling his personal story. He is one of the most passionate -and consequently most commented- winemakers in Mendoza, and he will never be seen without a smile on his face. Carmelo produces wines that are sold in all corners of the world, since many of those who visit the winery they become loyal followers and maintain contact, and then make special assignments. It is easy to see why people fall in love with this true character from Mendoza, and with his wines.

Patti is a master winemaker, he learned his trade helping his father when he was still a teenager and worked in different wineries during the seventies, until in 1982 he received an invitation from Ernesto Pérez Cuesta to take charge of the production of his wines.

Some time later, he arrived in Lagarde at the hands of Ricardo González and began to plan what would be his greatest desire: his first batches of Cabernet Sauvignon and Malbec. His hands helped plant the fallows and stakes on a friend's farm (in Perdriel), from where his raw material now arrives and the magic begins.

Carmelo Patti has dedicated himself to making small batches of premium Cabernet Sauvignon and Malbec in a very personal style. Throughout the different eras, Carmelo has maintained, above all, his unshakable conviction of respect for the consumer.

"The important thing is the harvest, when there is no good grape, the wine is not made."

Carmelo makes its wines in a totally natural way, with the minimum addition of sulphites. It mostly uses French oak for its elegance and finesse.

03021
$3,400.00
The high coloring intensity stands out at first glance, almost black, with a predominance of purple hues, which clearly define the variety. On the nose, and after a few minutes of opening, the clear and clear red fresh fruit appears. It is round and fresh with a high acidity and a smooth structure that makes it very drinkable.

00963
$4,400.00
Of an attractive ruby ​​red color. With extraordinary and concentrated fruit, it has beautiful aromas of red currants, black cherries and hints of tobacco. A full-bodied wine. Round and velvety on the palate, with soft tannins. A hint of vanilla and toast is followed by a long, smooth finish. Very very elegant.

00189
$3,700.00
It is an intense red wine with purple hues and a black environment. On the nose, red and black fruits are perceived with an impeccable presence of vanilla, chocolate and coffee derived from oak. In the mouth it has a sweet and harmonic entry with a voluminous body with great meatiness, a very elegant wine and fine notes in the end.

02225
$2,600.00
Ruby red color with cherry reflections. Complex, with a mixture of red berries and the spicy aromas of spike and black pepper. Some delicate notes of chocolate and coffee that come from its aging in oak. A structured and complex wine, with pleasant tannins that provide sweetness and a long finish. The spices are combined with toasted notes and the...

03372
$6,600.00
Weinert wines reflect his passion for mature vintage wines, personality and style. The grapes from vineyards between 70 and 110 years old, from Lunlunta, Perdriel and Drummond, with low natural yield and flood irrigation, give the wines great aromatic concentration and firm tannins, following the classic Bordeaux school. This malbec with 8 years of aging...