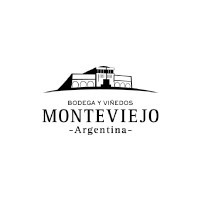 The Parent family, in addition to being owners of the Monteviejo winery, are passionate about the great wines of the world.The winery was built thanks to the entrepreneurial and thriving vision of Catherine Pere Verge who arrived in Argentina in the late 90's, becoming one of your favorite places in the world. After his departure in 2013, his family, led by Henry Parent, continued with his tireless vocation of making great wines in Argentina. The winery It is located at the foot of the Andes Mountains, in the heart of Valle de Uco, one of the main wine-growing areas of Argentina: 120 km from the city of Mendoza, Vista Flores, Tunuyán, within the group of properties of Clos de los Siete. Monteviejo models his spirit linking worlds where wine, gastronomy, nature; All this makes it an exquisite place in the Uco Valley where you can spend a full day of wine tourism activities.

Bodega Monteviejo is located at the foot of the Andes Mountains, in the heart of Valle de Uco, one of the main wine-growing areas of Argentina: 120 km from the city of Mendoza, Vista Flores, Tunuyán, within the group of properties of Clos de los Siete.

The property comprises 130 ha at an altitude between 1000 and 1200 meters above sea level. Its lands with slopes facing north and east have the best sun exposure in the southern hemisphere.

The construction of the winery began at the beginning of 2001, with the first harvest in 2002. On a total area of ​​8,500m2, Monteviejo has a gravitational system with a double selection belt for bunches and grains. Its objective is to transport the raw material without the use of pumps, taking care not to damage it in any part of the process.

From the harvest to the fractionation through the draining of the wine from the vats into the aging barrels, the wine follows its natural slope ... Only the force of the weight of the grape is used to move it from top to bottom.

Marcelo Pelleriti is today one of the benchmarks in world oenology. As General Director and Oenological Director of the family, he developed professionally in France and Argentina as a great interpreter of the terroir.

00671
$1,710.00
Its color is yellow with golden hues. The nose is an explosion of fruits that denote the white peach as a typical descriptor of Viognier accompanied by apricot, pears in syrup and flowers such as jasmine. In the mouth it is fresh, with good acidity and volume that recall everything perceived on the nose. A persistent and pleasant finish, very agile and...

01544
$4,100.00
With an excellent and deep purple color and good varietal expression, this Malbec delights us with a great combination of red fruits such as strawberries and black fruits such as blackberries. Also part of its aromatic palette are spices such as cloves and white pepper. Good structure with ripe, sweet and silky tannins, perfectly integrated with the wood....

00012
$3,500.00
Bright ruby ​​red color. Fresh and floral, with blackberries, raspberries and violets. Dense and thick, with a remarkable mineral frame. Old World acidity with silky tannins and a long finish.

00358
$5,300.00
Angélica Zapata Cabernet Sauvignon Alta is an elegant and complex wine, with a deep ruby ​​red color. Aromas of red fruits, such as cassis, cherries and ripe plums, are perceived in this wine, along with spicy fragrances, such as black pepper, cloves, and soft notes of oregano and thyme. In the mouth it is a complex wine, with good body and structure,...

03434
$4,340.00
An intense red blend with aromas of ripe red fruits and spices. It has ripe tannins that give a feeling of roundness and a lasting breadth and finish.

00895
$5,600.00
Intense and deep cherry red color with violet reflections. The nose is given by the Côt, which has a great freshness reminiscent of small red fruits and above all a very prominent floral component in the Los Chacayes area, with the Violet. Complex, voluminous, with ripe tannins, balanced, highlighting the red fruit with notes of black flowers and leaving...

01745
$5,400.00
Of an intense red color with violet and blue tones, this exquisite Malbec is characterized by exhibiting aromas of white flowers and black fruits along with notes of white pepper and cloves. Delights the palate with hints of liquorice and chocolate while it is broad, smooth and with firm tannins. It is an elegant, balanced wine with a persistent finish.

01477
$2,130.00
At sight it has a high intensity purplish red color. On the nose it is perceived fresh, intense and complex, aromas of red fruits, black berries, delicate floral notes stand out. In the mouth it has a sweet and smooth entry, it is fresh, fruity and of good intensity, wide in the middle mouth and long finish.

Sottano
02344
$20,100.00
It has an intense, bright red color with black tints. Of great aromatic intensity and complexity with a predominance of notes of cherries, spices, tobacco, cassis, white pepper, cloves, also some chocolate and mint. Great structure, marked acidity, wide on the palate, with sweet and velvety tannins in a good balance with the contribution of wood. Owner of...