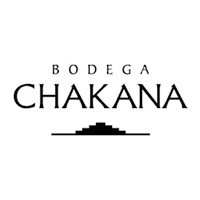 The winery was founded in 2002 by the Pelizzatti Family, taking up an old family legacy. At the end of the 19th century, their ancestors made quality wines in the mountainous region of Valtelina, Italy. Chakana is dedicated to the study and understanding of some of the best terroirs in Argentina with the aim of producing authentic wines that express the identity and the character of its soils. Located in Agrelo, Luj de Cuyo (Mendoza) but it also has farms located in other areas of Mendoza: Mayor Drummond (Luj de Cuyo), two vineyards in Altamira (Valle de Uco) and one in Gualtallari. The wine management of Chakana is oriented to the structuring and preservation of soil biology and to a balanced vegetative development of the vine.

The name Chakana evokes the symbol that the Cruz del Sur constellation represented for the Incas, which was used as an element of spatial and temporal orientation with great importance for agriculture. From the etymological point of view, the name of the cross, “Chakana”, has its origin in the stone that was used in the drains to divert the water to the crops. A simple and powerful object, the key to life in the Andes. A long way from the siglos this object acquired a mystical meaning, enclosing in its geometry the four cardinal points and the three elements of life: the air, the water and the water. But it is due to its deep agricultural significance that the winery honors the fruit of these lands with its spiritual name: Chakana.

The Argentine wine can build a common identity based on these natural factors and its fusion with western knowledge regarding one of the most emblematic plants of its culture: the vid.

As of 2012 Chakana has started a work on the conscience to recover and maintain the harmony of her crops and begin the transition to organic/biodynamic farming methods for all her farms. The viticultural management of Chakana is oriented towards the structure and preservation of the biology of the wine and a balanced vegetative development of the wine, in a way compatible with the texture of the wine of each place, its content of organic matter and its susceptibility to the wines. The Finca Never received the Organic Certification from the harvest 2014 and has Demeter certification (biodynamic) from 2016. The Finca Los Cedros (Altamira) obtained the organic certification in 2016.

02872
$1,800.00
This wine is made with grapes from Gualtallary - Tupungato, in the heart of the Uco Valley. The grapes were extracted from vines that are located on sandy soils where we can find many boulders. The Syrah comes from Pareditas, located in the department of San Carlos, in the Uco Valley. This wine is composed of 85% Garnacha and 15% Syrah. To make it, we...

03350
$2,860.00
This pale-looking red wine with mature tones goes beyond its varietal originality (Monastrell; also known as Mouvedre). Its aromas have little strength and the fruity character is mixed with certain lactic notes. Frank, dry and shallow palate but with volume. There is also a certain warmth and ripeness of the fruit, it is fluid and warm in the drink, with...

01056
$1,100.00
Greenish yellow color, subtle citrus aromas with floral edges. In the mouth it has a good attack, balanced acidity and a long finish.

00722
$2,090.00
Almost black in color, with purple hues, very intense. Notes of black fruits and plum jam. Sweet, delicate and meaty attack, with friendly tannins that invite you to continue drinking, a lot of fruit present in the mouth with a well amalgamated wood, where the notes of vanilla and chocolate are reflected.

00672
$1,290.00
It is a very expressive wine in aromas. Red fruit and peppers. Earthy notes with a subtle hint of mint. Sweet impact on the palate with medium body, tannins present. Notes of tobacco and smoke wrap it in an elegant finish. It came with good structure and potential.

01302
$1,800.00 $2,400.00
With a deep violet color well characteristic of the strain, on the nose it displays an aromatic palette that ranges from fresh fruit to herbaceous, spicy notes and a smoky background. It has a sweet entry and a vibrant acidity, its tannins are sweet. Great persistence and spicy aftertaste.

04279
$1,050.00
It is a red wine with a bouquet that reminds us of candied fruits. On the palate it offers great freshness, medium body and smooth texture, with some chalkiness. Its persistent flavor and mineral freshness stand out.

01068
$640.00
Intense purplish red color. Complex aromas of red fruits, with delicate touches of wood. Smooth on the palate, balanced, with notes of plums and cherries. Ideal to accompany red meat, pasta or fish and white meat with spicy sauces.

03229
$2,200.00
Very intense, bright and dark violet color. Aroma of ripe red fruits, with hints of flowers, such as violet, and some fresh herbs. In the mouth it is balanced and subtle with friendly tannins, which give very good volume and a feeling of roundness.