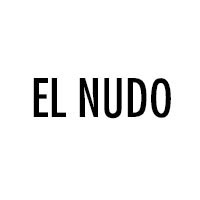 The knot symbolizes a time of relevance in the cycle of the vine. It happens after pruning; It is this process of tying the vineyard that inspired the name of the place: it is the ties that firmly begin to show this new project through one of all its stages;

El Nudo was born in 2014 from the union of cousins ​​Facundo Cahiza and Roberto Cahiza.

Facundo is a Sanmartiniano and winemaker received in Don Bosco, in Rodeo del Medio. He has been in the industry for more than 14 years, since he was 20. Those years of work gave him experience and knowledge, in addition to the academic he already brought with him.

In 2014 they began to think with their own cousin Roberto Cahiza about making something, a good wine, something of great quality.

Roberto Cahiza lived and worked in Hong Kong and proposed to contribute his contacts and experience there, while Facundo worked from Mendoza.

It was then when, in 2014, they bought grapes and made wine in a San Martín winery. Their goal was not to make money, but to do something well, and they did. With 1,000 bottles of Las Compuertas grapes, 100% Malbec, with 16 months in oak barrels and 8 months in bottles, El Nudo harvest 2014 was born. It was presented at the China Wine & Spirits Awards and it was a success. They won a gold medal and were rated as the best Argentine wine.

That immediately led to a chain buying the entire shipment and also the entire production for the following year.

There is a clear objective in the Cahiza cousins ​​implicit in the name of the wine and on its label, which shows a rocking chair. It is the memory of the grandmother, of the origins of the Cahiza in Mendoza, of those industrious hands and of these, younger but heirs of that custom that are looking for quality, more than anything else, seeking to "do something good."

02937
$1,330.00
It is a young, fresh, fruity and mineral wine. On the nose it has a lot of aroma, with a fair contribution of wood and balanced with the fruity of Malbec, with balanced acidity, aromas of vanilla and red fruits, in the mouth its volume and smoothness

00388
$2,800.00
Intense and sweet flavors of plums and ripe blackberries are perceived in this wine, provided by Malbec, along with subtle spicy notes conferred by Cabernet Sauvignon and Petit Verdot. The oak aging further increases the complexity of this wine, giving light notes of vanilla and coffee. The particular voluptuousness and sweetness of this wine make it...

01032
$2,000.00
Intense ruby ​​red in color. On the nose it presents spicy aromas along with cloves and cinnamon combined with overripe fruits. In the mouth there are sweet and velvety tannins that are balanced with acidity.

00378
$6,560.00
Ruby red wine with violet hues. On the nose it presents aromas of good wood, with appearances of ripe fruit such as plum and hints of chocolate and mocha. In the mouth, a brutal attack on the palate. Something sweet and meaty with a very good balance and acidity with very marked but soft tannins, which give a persistent finish. Gualtallary vineyards.

01723
$1,650.00
Vida y Alma Malbec expresses itself with fresh, fruity aromas of plums, violets and cherry jam, combined with mild Asian spices such as cinnamon and ginger, while recalling refined mineral notes from the Altamira terroir. On the palate it shows a round, meaty, fatty volume, sustained by highly refined tannins and a long-lasting complex flavor.

Dolium
02073
$3,600.00
Very attractive intense violet red color. On the nose there are characteristics of wild fruits and spices such as white pepper and cloves. In the mouth it is soft, sweet, with ripe and round tannins, which together with a good balance with the acidity and the oak, give it great harmony. 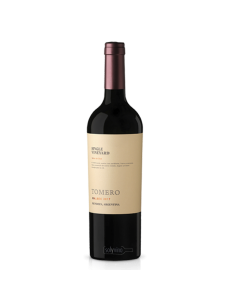