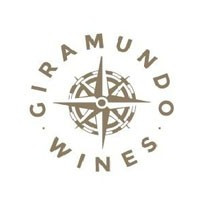 Felipe Stahlschmidt is his winemaker. Originally from the City of Buenos Aires, Argentina. Life led him to trace his path from a very young age, in the beautiful province of Mendoza. He studied Agronomic Engineering at the University of Cuyo, and has been practicing since 2003 in farms and wineries.

He is a winemaker, ing. Agronomist and independent consultant. Mountain lover, he spends his free time climbing our mountain range.

Harvested in the United States, Spain and Argentina. Today, he is one of the most renowned specialists in Valle de Uco, Mendoza.

He worked as an agronomist, and later, as an oenologist in charge of high-end wines for the Catena Zapata winery, from 2004 to 2015. Then he has continued as technical director of Bodegas Toso until today.

In 2011, he fulfilled his dream, and gave rise to his winery Giramundo Wines, with the aim of making representative wines from each region of Mendoza, Argentina and the world.