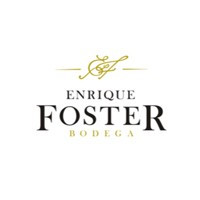 The Enrique Foster winery was built under the concept of producing only Malbec from vineyards old enough to ensure the character of the wines of the future. The winery is located in the so-called First Wine Zone of Mendoza, considered the most important region of the country for production. Malbec, as it has soil and climate characteristics that allow the optimal cultivation of this variety. With the memory of that first Malbec that he tasted and that gave rise to his project, Enrique Foster invites us to taste his line of wines, traditional, elegant, recognized for their quality. The concept is to produce wines with great personality and distinction while respecting the Argentine terroir.

Enrique Foster completed his law studies at Yale University, subsequently obtaining a PhD from Harvard University. In addition to continuing his professional career as a lawyer, he was also Founder and President of Singer Europe and President and Director of Scholl PLC. Currently, he owns software and hydraulic equipment companies and is president of a London investment fund, among other activities.

Determined to produce the best Malbec in the world, Foster studied the most advanced technologies in California to bring them to Mendoza, where he built the first winery dedicated exclusively to the production of Malbec by the gravity system.

The winery is located in the so-called First Mendoza Wine Zone or High Zone of the Mendoza River, in the foothills of Mendoza. This zone includes several departments including Luján de Cuyo, where the cold subzone is located, located between 900 m. and the 1,100 m. altitude and is watered by meltwater from the Mendoza River. It is considered the most important region of the country for the production of Malbec, since it has soil and climate characteristics that allow the optimal cultivation of this variety, obtaining high quality wines. It is located at 33º south latitude and has an average annual temperature of 15º C.

02675
$2,080.00
The color is dark purplish red, the aromas are predominantly floral, with a hint of menthol. Sweet in the mouth at the beginning, long and full finish.

01036
$2,530.00
Concentrated, with good body and an intense ruby ​​red color. On the nose, it presents some spicy notes such as cloves and cinnamon as well as overripe fruit. In the mouth, persistent tannins can be detected that are balanced with acidity

01554
$1,210.00
Intense red in color with purple flashes. It has an aroma of singular complexity, exalting the traces of red fruits, such as plums, cherries and cherries. Unctuous, long, delicate with the natural appeal of Malbec from Luján de Cuyo.

00030
$2,700.00
Wine 50% Syrah 50% Grenache, its vineyards are located in Russell (Maipú). Ideal label for those who do not like to miss the rarities of the market. Although it is not an eccentricity, it is a tasty and complex red wine where the classic combination of the Rhone gives way to notes of candied red fruits, sweet spices and hints of wild herbs. A noble...

00822
$1,800.00
Great Rosé with aromas of roses and jasmine, and a delicate mouth of cherry and strawberry. Its bright reddish color is the result of the short maceration with its skins at a low temperature. Aromas of strawberries, cherries and roses; soft with great balance and solidity. A wine long in flavor with excellent structure and acidity

01722
$1,850.00
The Malbec component provides fruity and fresh aromas of red and black cherries, sour cherry, plum and violet jam, also revealing typical mineral notes from the Altamira terroir. With substantial volume and weight in the mouth, it is the fatty heart of the cut.On the other hand, Cabernet Sauvignon naturally balances the generosity of Malbec, providing...

02971
$3,850.00
Intense violet red color. With aromas of red and black fruits, with floral notes of violets and subtle presence of mineral notes. Elegant, velvety, with a sweet character and highly polished and refined tannins. Long, persistent and very pleasant finish.

02405
$2,200.00
Very fresh aromas typical of the variety can be appreciated, such as mint, eucalyptus, also red fruits and notes provided by French oak. In the mouth it has a very good and balanced structure, as well as a good persistence.

01124
$6,000.00
Wine of intense and lively color, violet with ruby ​​hues. On the palate it is voluminous, with a wide and enveloping advance, well-worked tannins, which provide a pleasant texture. There is not much concentration and it is not a typical wine. It is tasty, with a marked acidity, notes of cloves that reinforce its fresh pulse. On the nose notes of ripe...