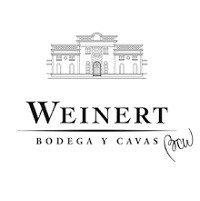 Weinert wines reflect our passion for mature vintage wines, personality and style. The grapes from vineyards with low natural yields and flood irrigation give the wines great aromatic concentration and firm tannins, following the Bordeaux school.

Until 2017, the winery accompanied the aging of Malbec in the oldest barrel in the world for 23 years. Its harvest and vinification correspond to Don Raúl de la Mota, considered the best winemaker of the 20th century in Argentina.

The celebration of wine recalls its connection with the times of the world as a setting, in which the drink reflects the dark slumber of the earth that receives the rains and dew from the sky. Thus the encounter between heaven and earth dwells in the wine, the fruit of the vine, a fruit in which the nourishing element of the earth and the sun of heaven are entrusted to each other.